Mergo's Tracking tool helps improve your email campaigns by monitoring who opens, clicks, and responds to your emails. Mergo also records any bounces and unsubscribes in real time.

Activated when a recipient opens your email (includes the status CLICKED, RESPONDED, & UNSUBSCRIBED).

Activated when a recipient clicks on a link in your email.

To track a link, Mergo replaces your original URL with one that points to our servers and then redirects to the destination URL.  This redirection through our server triggers our click tracker and the information is saved in Mergo.

Note: This process only affects the hyperlink of your URL. If you do a plain-text mode campaign, the recipient will be able to see our redirect URL.

Activated when a recipient answers your email.

Mergo is equipped with a recursive checking system that regularly checks the thread of your emails to see if recipients responded.

Activated when a recipient clicks on the unsubscribe link in your email.

This metric is based on the same principle as that of our click rate. When a recipient clicks on an unsubscribe link, he is redirected to a specific Mergo webpage. Then, this information is collected and displayed in our Mergo Tracking tool.

Activated when emails are sent (but  not delivered) - most likely because the  email address doesn't exist.

When an email is rejected by Google's server (this usually happens because the email address is incorrect), the sender is warned with an automatic email. This information is collected and displayed in our Mergo Tracking tool.

Note: You can easily identify your unengaged audience and scrub them from your recipient list to decrease your bounce rate.

Here's a summary to help you review email statuses that are NOT SENT. 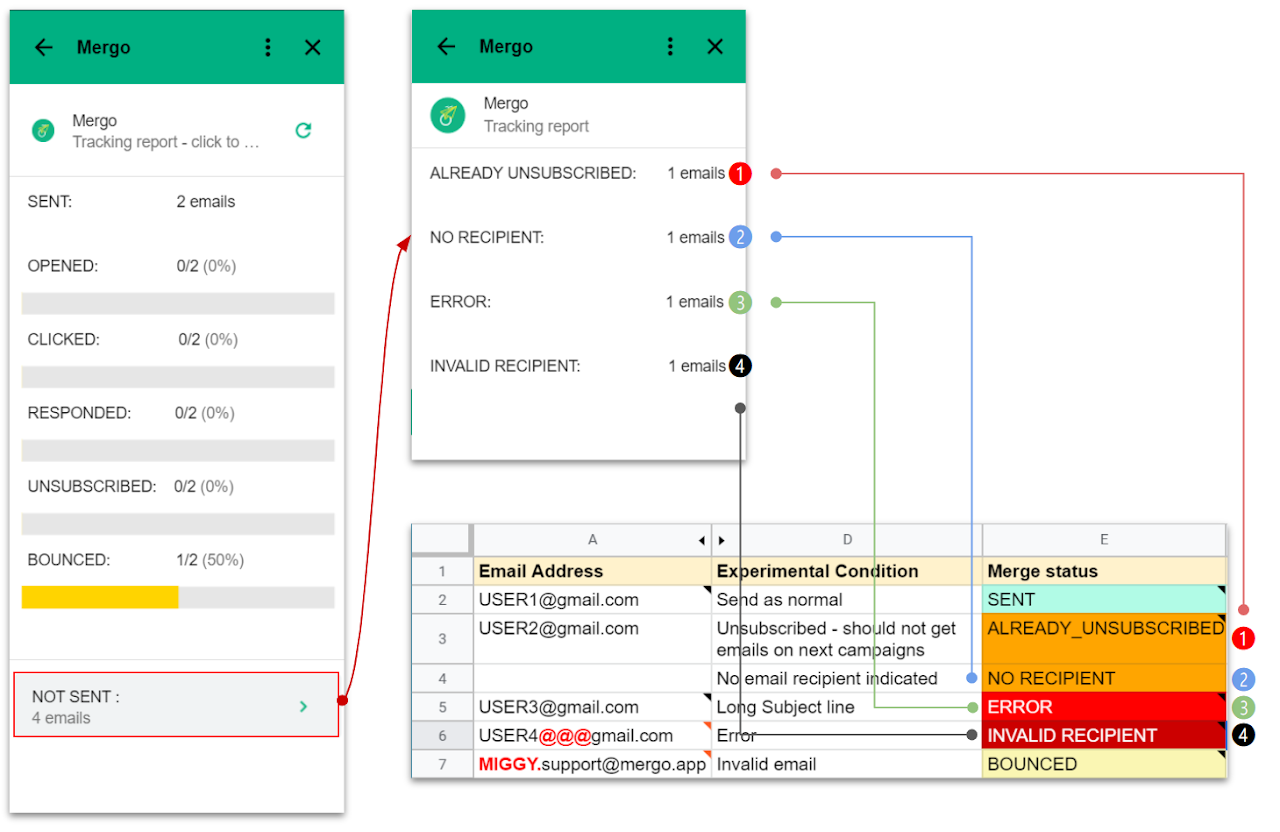 You can review and/or restore the list of Already Unsubscribed email addresses. Read our tutorial on how to Unblock (restore) your unsubscribed recipients.

Mergo will automatically skip processing blank rows under the Email column and will tag this as NO RECIPIENT under the Merge status column. Each blank entry will be recorded in the No Recipient summary.

When you receive an ERROR status, it could mean that:

Activated when the recipient's email address has invalid formats. For example: 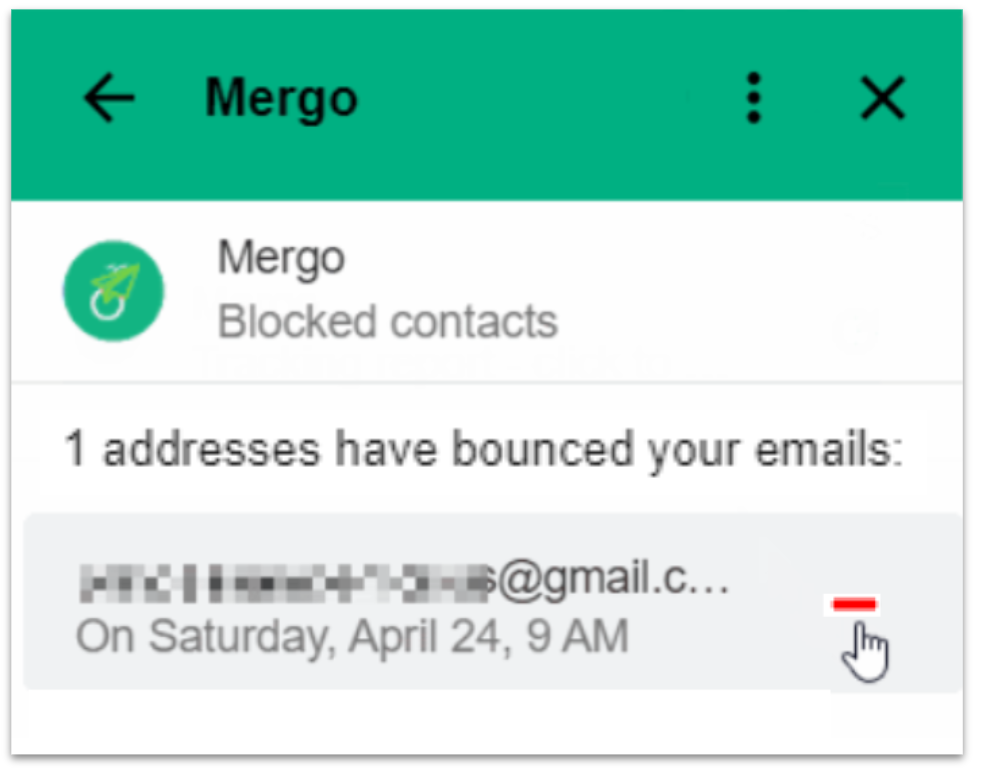 Activated when an email bounces because the email address cannot be found or the message is blocked. When this happens, the recipient's email address is added to the blocked database.
When the campaign is re-initialized, Mergo will  not attempt to send the email again to the same address since it's been established that the 1st attempt already bounced (this is done to save quota). After which, the Merge status is changed to ALREADY BOUNCED.

Just like in our ALREADY_UNSUBSCRIBED status, you can review and/or restore the list of Already Bounced email addresses. Read our tutorial on how to Unblock (restore) your unsubscribed recipients.

Activated when Mergo receives an error message from Google that could be due to:

Mergo will attempt to send the email again to the same address when the campaign is re-initialized.

Activated when we think the email was sent correctly, but while checking the user inbox for bounced notifications (or responses), we discover a message from Google saying the email(s) were not actually sent.

This happens when the user is sending too many emails - and Google starts to restrict their quota, resulting to: